The Turk’s Head by Richard Strange 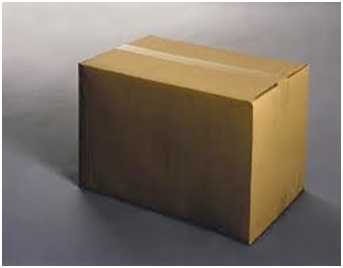 I had always found Turk to be a wholly reliable, highly-principled young man. A dome-headed fellow, who knew perfectly the difference between smarm and charm, and stayed very much on the right side of the great divide between the two. As far as I knew, his involvement with radical politics had always been theoretical and aesthetic, rather than practical and dangerous. Playful rather than impassioned. ??I was initially shocked, therefore, to receive that phone call, last Tuesday, from a stern-voiced female claiming to represent The Forces Of Reason, a small-membership, highly-volatile Right Wing paramilitary splinter group. “Are you Richard Strange?” she snapped, the hint of a mid-European accent escaping through the rolled “r”s. I replied in the affirmative. “I will say this once only,” she continued, as if reading from a prepared text. “We are holding the artist Gavin Turk prisoner. He has been identified as an enemy of The People. His art is decadent and elitist. To us his life is worthless and meaningless, and when the revolution comes his work will be seen as exemplary of all that was corrupt in the Old System roofers in leeds. We shall behead him in one hour if a ransom for his release of one million Euros is not paid into this Dresdner Bank account by money transfer immediately.” She rattled off a sixteen-digit, four-letter code, and hung up. ??It was ludicrous, of course. The sort of joke that Gavin would play after a couple of drinks, using one of his coterie of female admirers to make a call on his behalf, while he savoured the drama of the moment, his distinctive cackling occasionally defying his best efforts to suppress it, and filtering through. Still imagining his amusement in his Charing Cross Road studio, I got myself a beer from the fridge, and tried to think of an amusing riposte, but instead, gazing at my computer-screen, I got sucked into the erotic machinations of a sex-chat room, and an hour-and-a-half flew by as cyber-fantasists exchanged virtual wish-lists. My enjoyment of the exchanges was interrupted by the sound of a tutors brighton motorcycle approaching, and it seemed to stop outside my front door. As I went down the three floors to investigate, I heard its ear-splitting departure as I opened the door. Within seconds he was a memory, but on my doorstep, the rider had deposited a brown cardboard box, neatly sealed with tape, and a note which read, “We warned you”.