The Independent: “A seminal figure at the crossroads of art, music, film and counter-culture”

Esquire: “A hilarious romp through the last 30 years of Pop Culture, as charming and amusing as the man himself”

Time Out: “This extraordinary memoir is gloriously indiscreet”

Evening Standard: “Sharply opinionated about all that he encounters, he has the essential characteristic of self-deprecation when it comes to his role of hero in the story of a life. (This is) a very particular social history, which illuminates some of the most interesting nooks and corners of the alternative lifestyles which bloomed and withered in such profusion during the second half of the twentieth century”

The Art Newspaper: “Strange is perhaps the only figure alive who has traversed so many art, performance and music movements. He can really understand the complex interplay between the elements of glamour, trash, provocation and outrage within British culture for the last 30 years. This book is the least academic, but most intelligent and entertaining analysis one could hope to read of a very specific London milieu, whose ramifications and rewards extend across the Western world.”

Mojo:   “Strange is a cultured, gregarious chap who moves through London’s gilded salons observing his peers’ foibles. He observes the glitterati with a witty eye.”

James Nesbitt: “18 years after first meeting him, just thinking about Richard still reduces me to a state of near hysteria…and terror.  He restores one’s faith in the ability of the human spirit to soar.”

Adrian Dannatt: “Strange must surely be the funniest man in London…It is impossible to spend any time within his looming majesty without being engulfed in gales of health-inducing mirth and a sense of fraternal bohemian bonhomie long lost to our crassly commercial times.”

James Whale, Talk Radio:  “The best autobiography I have read in a long while” 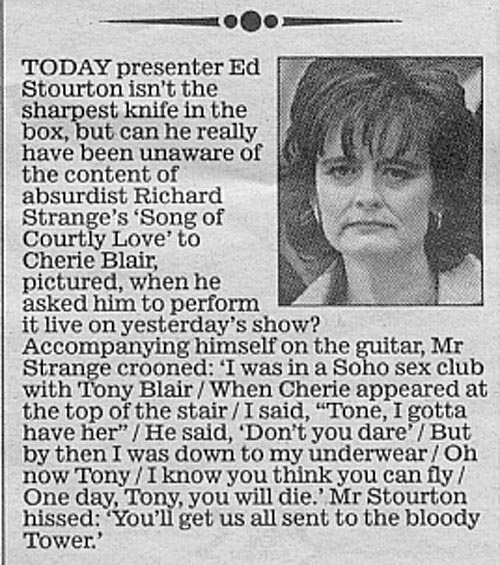 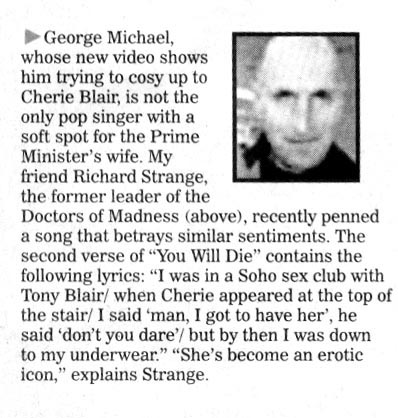 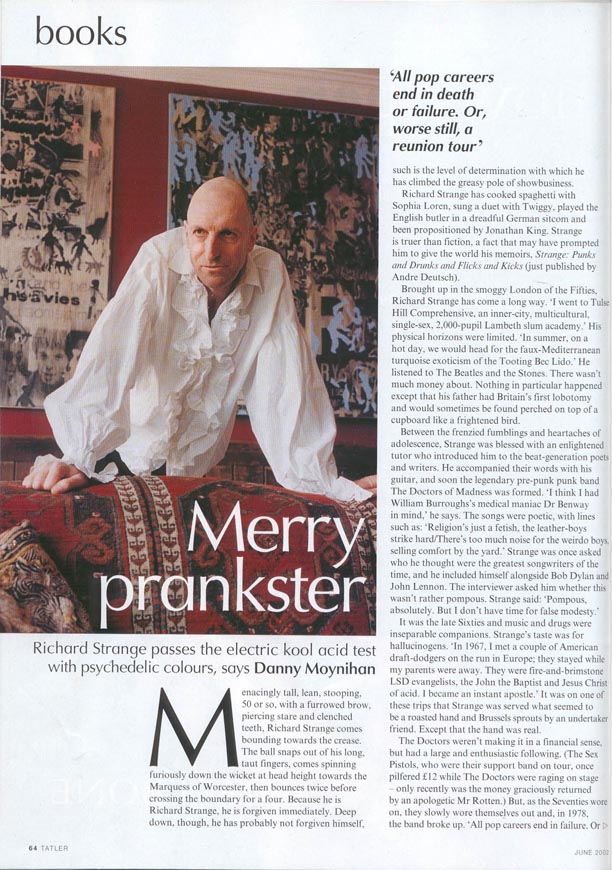 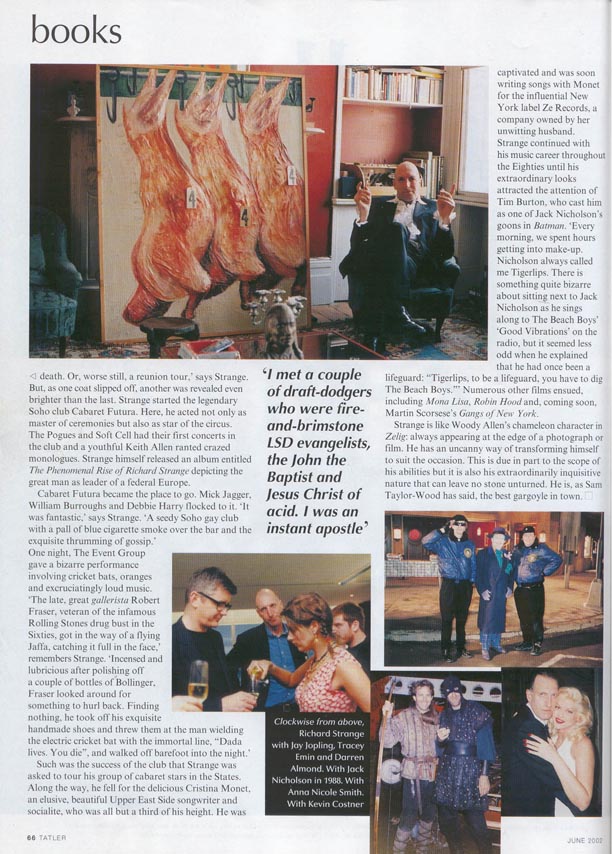 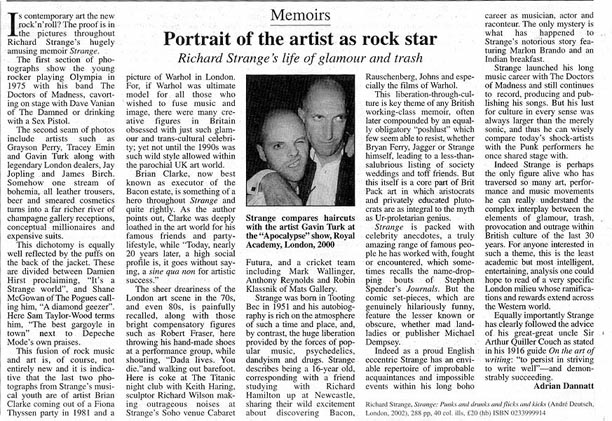 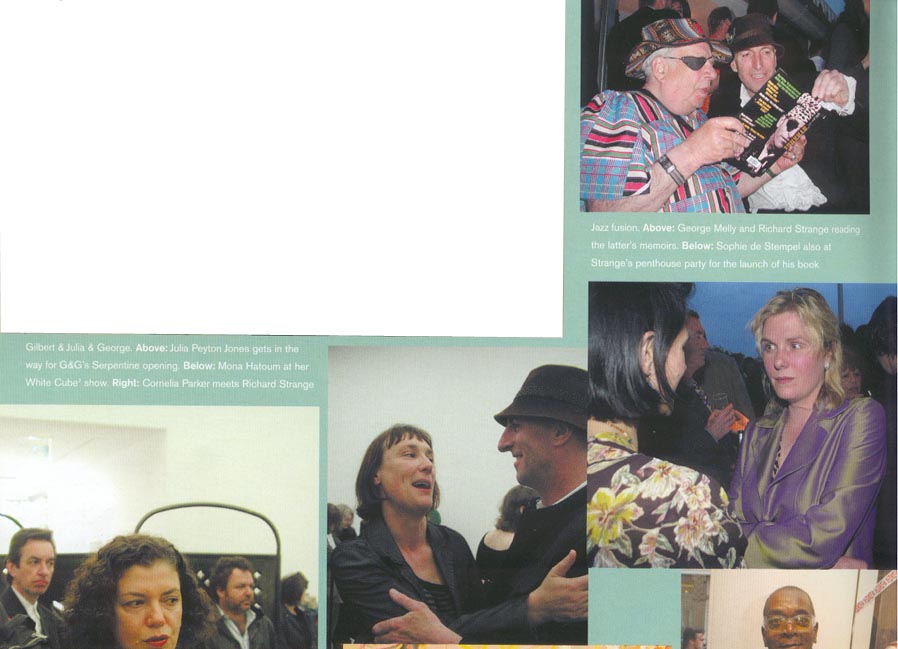 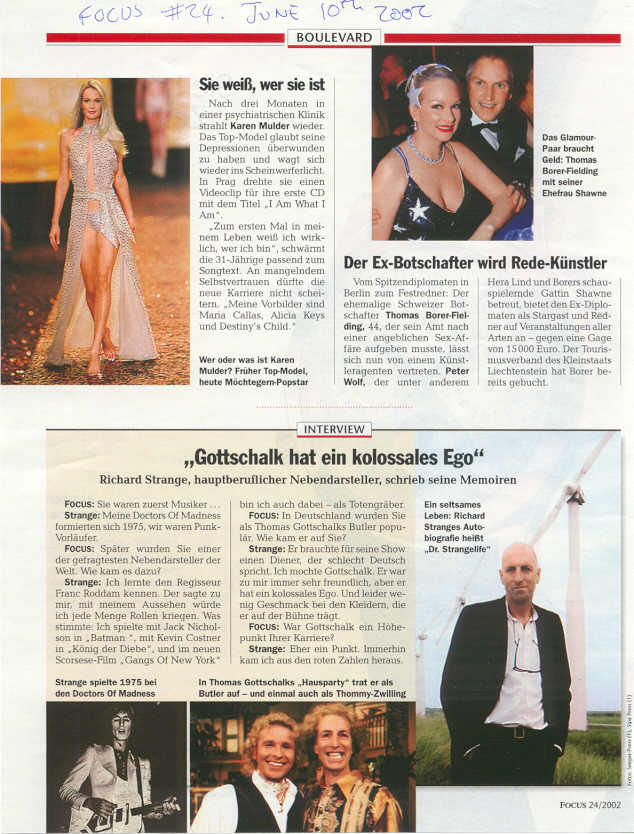 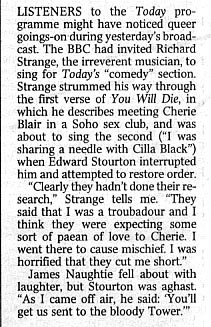 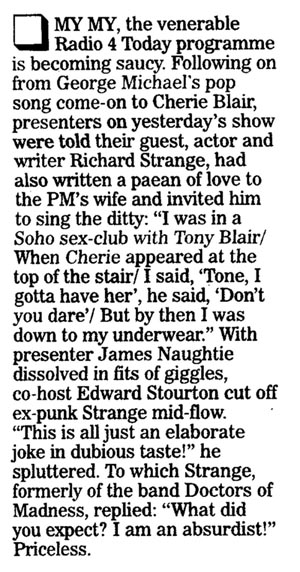