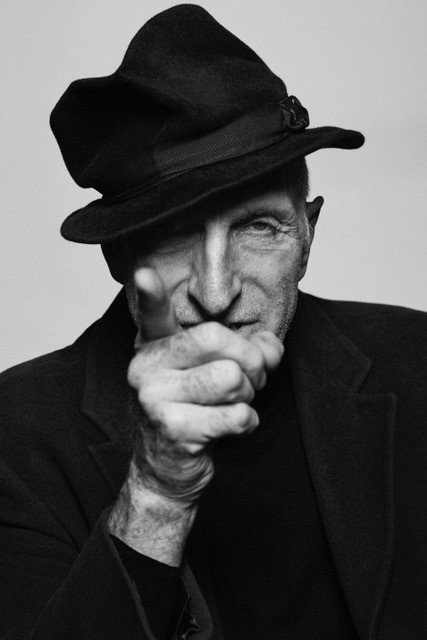 “An Accent Waiting To Happen”

A collection of songs, stories, reading, film clips and downright scurrilous gossip, from a man who has been a major cultural influence in Britain since 1975. A man who, uniquely, has worked as a musician, performance artist, composer, writer, actor, curator and educator.

“18 years after first meeting him, just thinking about Richard still reduces me to a state of near hysteria…and terror. He restores one’s faith in the ability of the human spirit to soar.”
James Nesbitt

“Strange must surely be the funniest man in London…It is impossible to spend any time within his looming majesty without being engulfed in gales of health-inducing mirth and a sense of fraternal bohemian bonhomie long lost to our crassly commercial times.”
Adrian Dannatt

“If you have never heard (Richard Strange’s band) the Doctors of Madness, you should. Musically they are the Velvet Underground, New York Dolls with shades of glam, hippie, prog and punk all rolled into one, yet are still totally original. Vastly underrated, they should have been huge. Pure genius”
Vic Reeves

“When Ziggy shagged all of Amon Duul 2 at the Berlin premiere of “A Clockwork Orange”, their divine progeny was undoubtedly Richard “Kid” Strange”
Julian Cope

“Strange is perhaps the only figure alive who has traversed so many art, performance and music movements. He can really understand the complex interplay between the elements of glamour, trash, provocation and outrage within British culture for the last 30 years. This buy generic cialis online from india book is the least academic, but most intelligent and entertaining analysis one could hope to read of a very specific London milieu, whose ramifications and rewards extend across the Western world.”
The Art Newspaper

“A seminal figure at the crossroads of art, music, film and counter-culture”
The Independent

“hilarious romp through the last 30 years of Pop Culture, as charming and amusing as the man himself”
Esquire

“This extraordinary memoir is gloriously indiscreet”
Time Out

“Strange is a cultured, gregarious chap who moves through London’s gilded salons observing his peers’ foibles. He observes the glitterati with a witty eye.”
Mojo

“What a life!”
Robert Elms

“The Doctors of Madness were the best! Blue hair, sequinned eyelids, a guitar that spelled out “KID”, space-age vaudeville that tipped this 16-year old kid over the edge! One of the most original songwriters & performers of my generation.”
Joe Elliott (Def Leppard)

“Richard is the best gargoyle in town”
Sam Taylor-Wood

“Richard Strange can do most things with a maniacal twist, and most cleverly, with unmatched originality: he can sing, write songs, he can act, he can show off like a six year old and he has the most dangerous sense of hilarity, sustainable in moments of deepest solemnity.”
James Fox (White Mischief, Keith Richards etc)